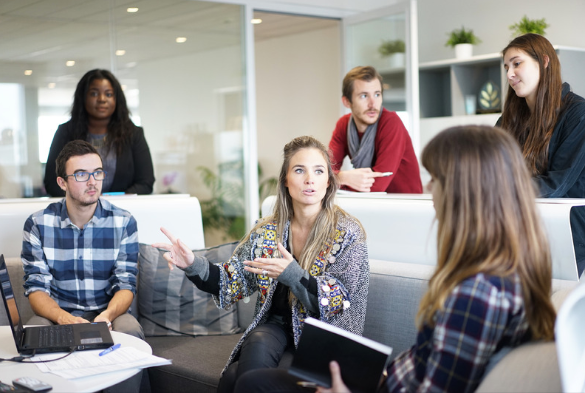 Private Offices with open plans come out on top

You may have read my previous post about the failure of open offices. This was based on a Harvard study, which found that the key ingredient to the whole scheme was unwarranted. Open-plan offices do not increase employee interaction, and they actually decrease productivity.

Today I thought we’d take a look at a recent study from a bit closer to home: the University of Sydney. Real Australian employees were given a chance to speak up about their office layouts – what they thought worked and what didn’t. So here’s the inside scoop.

More than 42,000 employees (a really solid sample size by any standard) were surveyed during the study; all currently working in one of the five following office layouts:

For the study, researchers questioned workers on just about every aspect of their workplaces. From room temperature and light quality to sound privacy, overall cleanliness and ease of interaction. The numbers speak for themselves.

Of the 16 surveyed categories, they were the leader in precisely none. In some areas, they were flat-out worst. Workspace cleanliness was one such category, but the standout was ‘visual privacy’. Even compared with low partition cubicles, open plan offices were shown to be a disaster for employee visual privacy – performing almost ten times worse than enclosed private office spaces.

The greatest predictor of workspace satisfaction

Most importantly, the greatest predictor for overall workspace satisfaction was ‘amount of individual space’. Interestingly, there were some differences across groups for what they each deemed most important. For example, open plan office workers prioritised ‘noise level’ and ‘visual privacy’ higher than other workers. Whether this is a case of ‘wanting what you don’t have’ isn’t explored in the study, but it seems a logical conclusion. These two factors are also closely linked with workplace productivity, so it is troubling to see open-plan offices performing so poorly in these areas.

The industry-accepted belief that open-plan offices enhance worker communication has been refuted once again. The same is true when it comes to overall satisfaction; winning by several lengths in this category was the ‘enclosed private office’. You may not be surprised by this. But might you be shocked to find that private office workers were actually more likely to interact with other workers than open-plan office workers.

Don’t get swept up in the hipster hype. Fortunately, open-plan offices have now been around for long enough to be studied. Speculation is fine, and the theory behind the open-plan office is sound enough. However, the reality is startlingly different.

Since employee interaction and overall workplace satisfaction has gone down not up, little remains on the side of the open-plan office. The only argument to be put forth is an economic one. Open layouts use floor space more efficiently, thereby saving on rent and building costs. However, saving on space costs at a usually much greater loss of productivity seems, to me at least, to be a false economy.

Better to go with a small private, plug and play offices, where everything is provided for you and there’s also a focus on health and wellness (that you don’t have to think about in order to provide – thus allowing you some productivity of your own)

So, if you are looking for an office space that will help you gro, then we have you covered!

Call us today at SOI and discuss what you need to make your business journey easier.

How we'are supporting businesses during the COVID-19 outbreak. Find out how we can help you.Read More
+