by Get me Traffic | Aug 9, 2019 | Do what you're great at, Flexibility, Freeing up time, Life Balance, Outsourced Admin 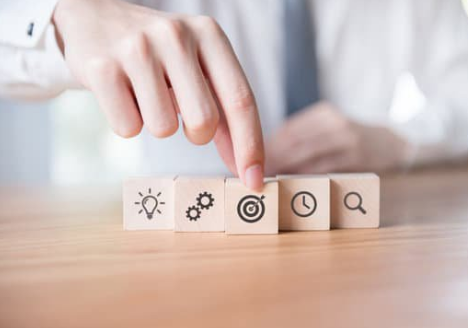 Yes, it’s the season to be jolly and most of us are flat out with Christmas shopping, finalizing holidays, hosting/attending parties – personal and professional. Oh and then there’s the crazy business ‘miracles’ that need to be performed before the world apparently ends on December 24.

All these competing demands can lead to lost focus, burnout, which then turns into a lack of motivation. Cue: serious loss of productivity. And it’s not just you that feels that way. Research shows there’s a huge dip in productivity between December and mid-January.

What’s the cure for all this busyness?

You’ve no doubt read stuff telling you to need to open yourself up to more opportunities, to say “yes” more often.  And most of us want to say yes. Yes to almost everything because, first and foremost, we want to avoid conflict and we want to be the good guy/girl and not let others down. We want to be that hero that saves the day, does the impossible thing. That’s all well and good if you’re a superhero.

Let me say that again: the super successful say no to almost everything.

We all only have 24 hours a day. Your mental and physical health requires you to sleep a solid 7 to 8 hours most days. So that leaves 16 hours – and you can’t work all of those either. Yes – we all have, but it’s not sustainable.

Plus there’s a host of research out there that says, that when all is said and done, you’ll measure the success of your life by the number of great (and real – social doesn’t count here) relationships in your life – so you have to make space for that. So sleep, business, relationships, eating, personal hygiene stuff – all are really non-negotiable.

So what are we really talking about saying no to here? Think about all those things you gritted your teeth through this year. It might have been working on a particular piece of business; those dreary networking events you told yourself you ‘should’ attend; doing your books – even though you’d rather stick pins in your eyes; or answering the 20th phone call in a day when you’re just trying to get something done – which puts you massively behind, means you stayed back, missed an important family event, which then led to an argument when you got home. UGH!

Plus all work no play makes Jack/Jill a very dull business owner.

So how do you start your quest to say no?

Guard your time next year – say no more often. You’ll thank me for it.