One Small Step for Sydney Startups 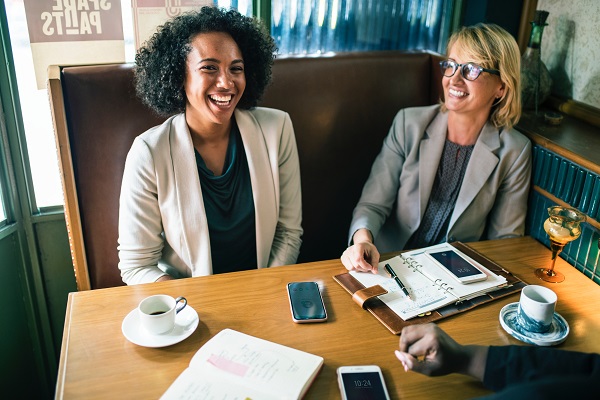 One Great Leap for Sydney’s Womenkind

This year’s Dell Women’s Entrepreneur Cities Index lists the 25 best cities for women entrepreneurs to get their startups off the ground.

New York took the top spot, while San Francisco and the Bay Area, London, Stockholm, and Singapore occupied the next spots – kind of what you’d expect really. However, rather more excitingly for Australia’s women business owners, Sydney nabbed 8th spot (the only Australian city to rank inside the top 25). And Sydney also ranked No.3 in terms of the cultural environment for female entrepreneurship.

Lists like this are rarely a surprise, especially when one factors in population densities in capital cities versus smaller cities or regional centres. But the fact that these cities rank so highly for women entrepreneurs is where it starts to get really interesting – mainly because it showcases real evidence of the effect women are having on industry and will have in years to come – not just internationally, but in Australia too.

According to the NSW Department of Industry, the number of startups founded by women has risen from one in six in 2011, to one in four in 2014, while the percentage of female business operators has risen to 46% in the last 20 years. The number of women-owned businesses starting up now outnumber those started by men – a trend that’s continued since the GFC.

Where it gets really interesting, is looking at the numbers of young people operating businesses. As many women under 25 own businesses as men – up significantly from the over 70s where men outnumber women 3:1.

Simply put, women are steadily becoming more influential in both the tech startup world and as entrepreneurs. And it shows.

Why the trend? It might have something to do with the fact that despite women graduating the professions in ever increasing numbers, still only 3.5% of ASX200 companies have female CEOs (n=7) and only 3% of boards having a female chair (n=6). So, not much has changed despite repeated calls in the media for more equal representation.

And when one scratches the surface, a recent survey by the Centre for Entrepreneurship found that 69% of C-level women are very or extremely interested in starting a business in the next three years (compared to just 29% of their male counterparts). Now that’s ‘interest’ and intention and we know that starting a business takes a lot more than that, but it speaks volumes for the direction senior women see their careers heading.

However, there’s still a way to go. Women face discrimination particularly in access to venture funding – with only 7% of investor money going to women-led startups. That’s despite evidence to suggest that women-led tech companies are more capital efficient, achieve 35% higher returns on investment and when venture backed, deliver 12% higher revenue than those owned by men.

So where does that leave us? I guess it’s a bit of watch this space. If women keep delivering on capital efficiencies, higher revenues and returns than their male counterparts, then investors (and banks), will have to start lending to them in increasing numbers and women really will end up leading the way.

Until then, we Sydney women entrepreneurs will just keep doing our do, one day at a time.