Why the Words ‘Hot Desking Sydney’ are on Everyone’s Lips 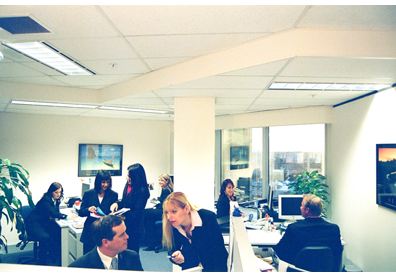 These days hot desking is synonymous with Sydney. Being a business hub, Sydney has hopped on the hot desking train and has not looked back since.

No longer considered an outrageous suggestion, hot desking is on its way to being considered as the new normal.

Hot desking is fast being adopted by large corporates and is becoming the freelancer’s go-to work environment.

If you’ve been wondering what hot desking is and why it is so popular, read on.

What is Hot Desking?

Hot desking is essentially an office management system that forgoes the notion of prescribed seating and everything that comes along with it.

Hot desking involves one big workstation that numerous workers make use of at one time, during designated time periods.

What Makes Hot Desking So Great?

We’ll be the first to admit that hot desking is not the ideal option for everyone, especially more traditionally-minded people.

Some people simply hate the fact that they don’t have their own space to clutter with piles of paperwork and empty coffee cups.

But for every downside of hot desking, there are as many (if not more) upsides. Here are five of them.

Hot desking is a fantastic way to get your work done without having to find and rent office space. And because you will only use hot desking facilities for a limited amount of time, the cost is easily manageable.

You aren’t tied to a desk, so you have the flexibility and freedom to work when you want. You can book specific slots or reserve your seat for an extended amount of time—whichever suits you best.

Hot desking can massively increase your productivity because you only have access to your workstation for a set amount of time. How’s that for motivation to get your work done quickly and efficiently?

Collaboration is the very essence of hot desking. By being in a communal environment you are able to successfully collaborate with people easily. Whether you are working on a project with a colleague, or just need someone’s input—hot desking makes this easy.

The idea of going to work and sitting in the same spot, next to the same people, every day, is becoming an outdated approach to the work environment. By hot desking, you are constantly exposed to new people and never know who you’ll end up next to!

Does hot desking sound like it is right up your alley? Or are you keen to hear more about it and make an informed decision from there?

If you answered ‘yes’ to either of the above, why not get in touch with the team here at SOI Consultants and allow us to introduce you to the wonderful world of hot desking?

How we'are supporting businesses during the COVID-19 outbreak. Find out how we can help you.Read More
+