Boomers Lead the Way in Entrepreneurship 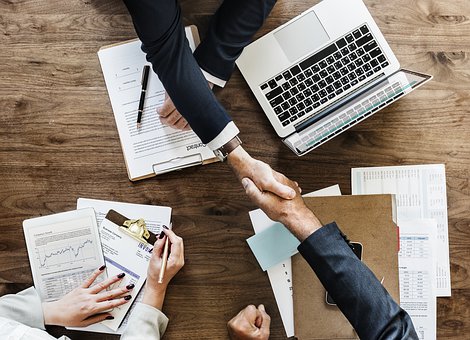 Studies show that boomers just aren’t ageing the way their predecessors did. Rather they are the most textured, spirited, and determined generation to date – none of whom are looking to slowly blend into the dark and disappear. Maybe it will happen when boomers reach age 95, but definitely, not at 55, 65 or even 70.

Statistics show after ‘retirement’ (and frequently after retrenchment), many boomers are becoming entrepreneurs. Roy Morgan’s State of the Nation report (backed by the Australian Bureau of Statistics), noted that 58 percent of small business owners are aged 45 or older, according to a 2012 study. “Now 60 year old entrepreneurs are eagerly asking about international expansion” Amanda Gome, former head of ANZ’s digital and social media department writes in BlueNotes.

And Aussie boomers have skills well suited to entrepreneurship with around half holding a diploma or a degree. Plus, a life of corporate experience has developed their skills of insight, recognising business change patterns over time, the discovery of trends – all backed by strong networks – that’s a powerful place to start anew.
Boomers largely became entrepreneurs out of necessity in a post-GFC world with the government changing the retirement rules. The government is still mulling the possibility of moving the retirement age to 70 amid rising pension and health costs.

You might like to read a previous blog on why it’s never too late for you to start a business.

Nonetheless, the boomers have proven that they can meet the challenge. Let’s meet three inspirational boomer business owners.

• Carolyn Palliardi, is no shy, retiring 55 old. In the span of five years, she’d lost her husband, her mother and her job. She also was a mum to teenagers. Her son inspired her to create 808 DUDE, a deodorant using natural skincare products, designed and marketed for teens, like hers. Knowing the first three years of startups can be rough, Palliardi risked her small inheritance on 808 DUDE. But she kept going and began reaping the harvest of her efforts. She’s since added new products – body wash, face wash, and shampoo, among others. At that point, large overseas distributors expressed interest in her business. Carolyn is mighty proud of her “potential to build a multi-million-dollar business” and she’s now “going for it”.

• Prof Adolph Hanich. For decades Hanich worked as a leading academic, consultant and executive. Then he studied psychology and the 72-year-old opened his practice in New South Wales in 2010 (at 65). He now works two days a week as a psychologist and marriage counselor. Hanich falls into the “lifestyle business” category. He works part time out of passion and as a way to stay engaged and vital. Hanich loves his new found rewarding work and added other boomer business people, especially after being retrenched, can rediscover their mojo when they launch their first business.

• Rod Hozack and Mikael Hatzis cofounded Demeter Fertility, which provides in vitro fertilization services, in 2009 in the midst of the GFC. Hozack recalls initially working 80-hour weeks. But as of 2012-2013 Demeter earned 2.5 million in revenue. The company has eight full-time workers – with a goal of 10% growth year on year. Hozack said whilst a startup in your 50s can be emotionally draining, he had the advantage of intuition gained from his previous job, and work frameworks to draw upon. He’s recently stepped back from Demeter but remains a director and shareholder. But rather than ‘retire’, he’s planning another business.

Boomer business owners are by and large, gutsy. They’ll invest their own money, and risk assets in order to succeed. But money isn’t always the main motive. If you’re a boomer, you’ll know that they’re driven by passion and the knowledge they’re likely to live significantly longer (and healthier) lives than those that preceded them.

As of 2012 there were 3.2 million seniors. But the ABS predicts that by 2040 the number is will more than double to 6.8 million. Alex Maritz of Swinburne University of Technology cites research saying over-50s entrepreneurs are more capable of starting and running a small business than millenials. The reasons include having:
• more capital
• more work experience
• more life experience
• stronger networks
• and a seasoned ability to take calculated risks.

Often times, by “starting over” post retirement, boomers become reacquainted with their moxie. No surprise that a Bankwest Business Trends Report noted a 50% rise of boomer business owners in the past decade, with 1:5 Australians over 60 year running their own business.

Stay Tuned for Part Two of Our Boomer Business Series.

If you’re a boomer looking to take your business to the next level either through outsourced admin, phone answering or with a great office environment, we’d be delighted to talk further. You can call us on 1300 318 680 or drop us a note.